Switching to remote work? We compiled some resources to help. Check them out here or chat with us.

Who do you turn to in order to stay organized when you have an international entertainment company with offices in the EU and the United States, a client roster ranging from Sony Pictures to Wieden and Kennedy, and are always busy creating advertising, music video, and motion picture content at the highest end of the spectrum?

Caviar, and their post-production branch Loom, have turned to Frame.io to help them keep their numerous projects running smoothly and efficiently. Caviar, with offices in Brussels, London, Madrid, Paris, and Los Angeles, and LA-based Loom are virtually always in production, which is why Frame.io plays a big part in making sure they’re getting clear communications from their teams and their clients—virtually or otherwise. 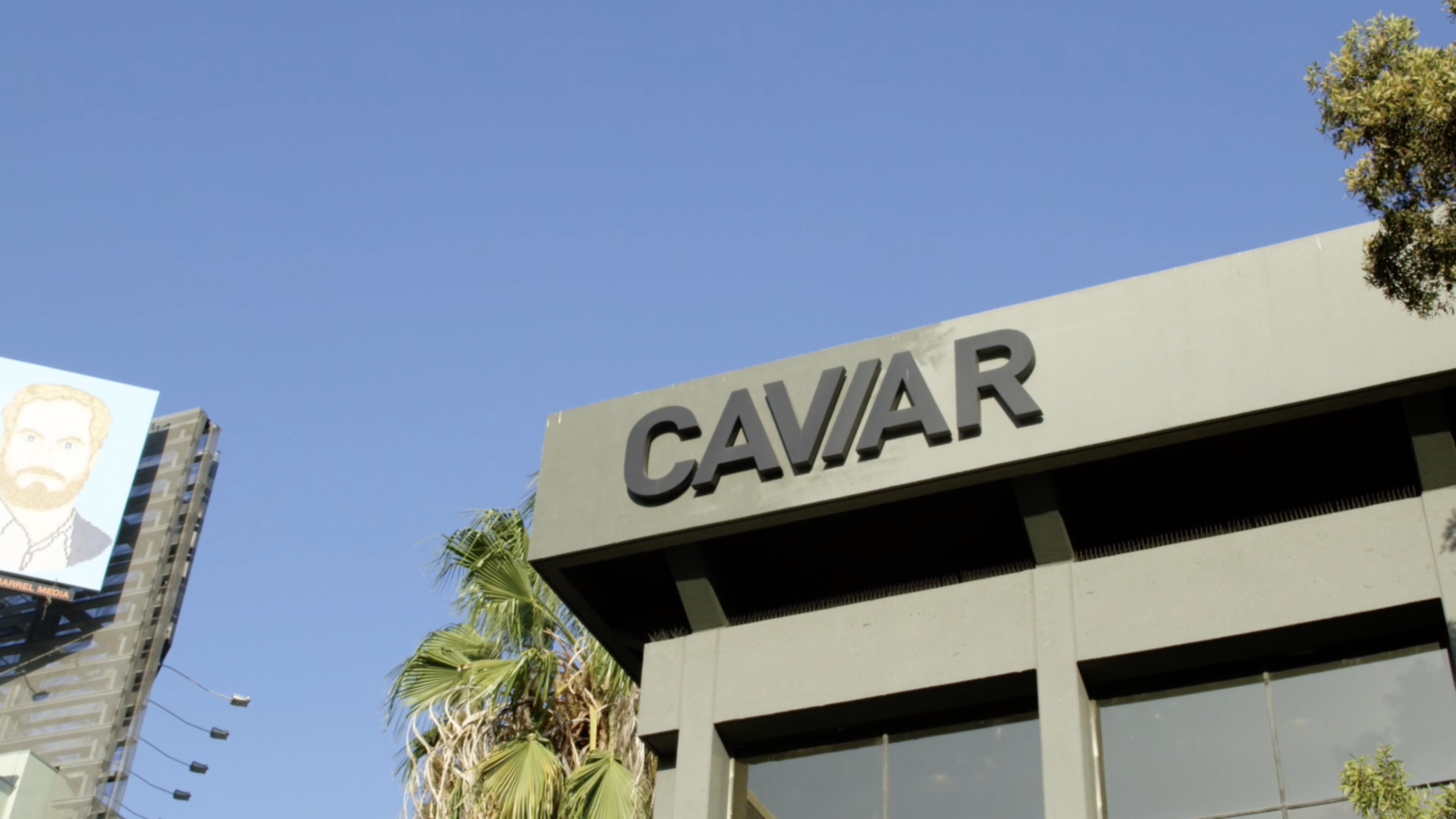 You can read on to learn more, or watch the 3-minute video case study (below) we shot at their studio. Or, if it were up to us, you’d grab a cup of coffee and do both.

Overseeing Loom’s operation is CEO and Executive Producer Corentin De Saedeleer, who relocated from Brussels to help Caviar’s LA office set up a full-service post-production house tailored to their needs. 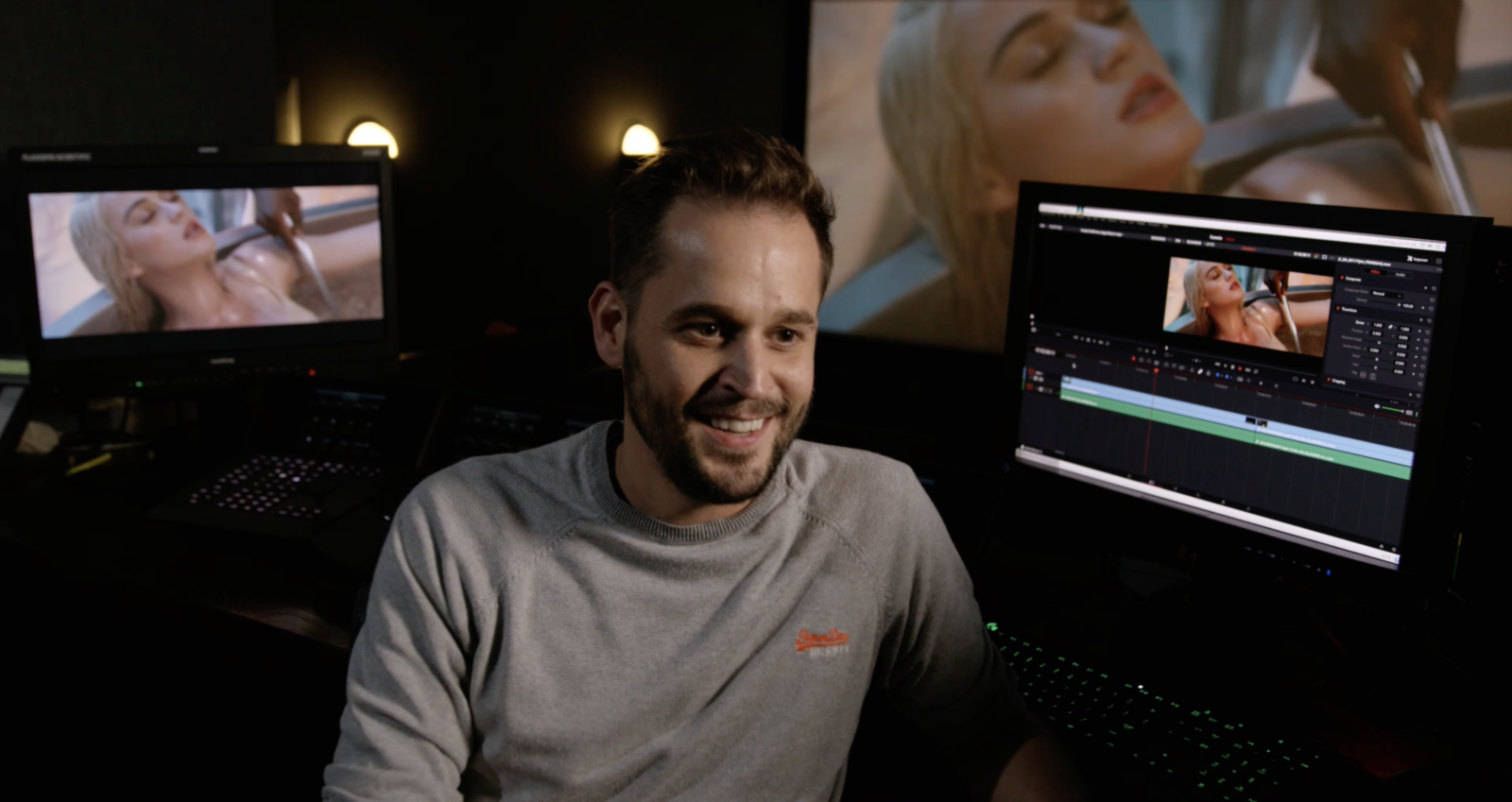 Adobe Premiere Pro and After Effects are the staples for their editorial and VFX work, with a DaVinci Resolve suite for color grading. And, of course, they hire freelancers as needed to accommodate their numerous large projects—which means they can be working in Maya for 3D needs and Nuke for compositing—and have upward of 25 people on any given project at a time.

“You can tell that Frame.io was created by people who understand the creative process,” Corentin says. In addition to the Premiere Pro and Resolve native integrations, “It’s a toolbox that fits into our whole pipeline, and with the API we can integrate with other tools we use, including Maya and Nuke.” 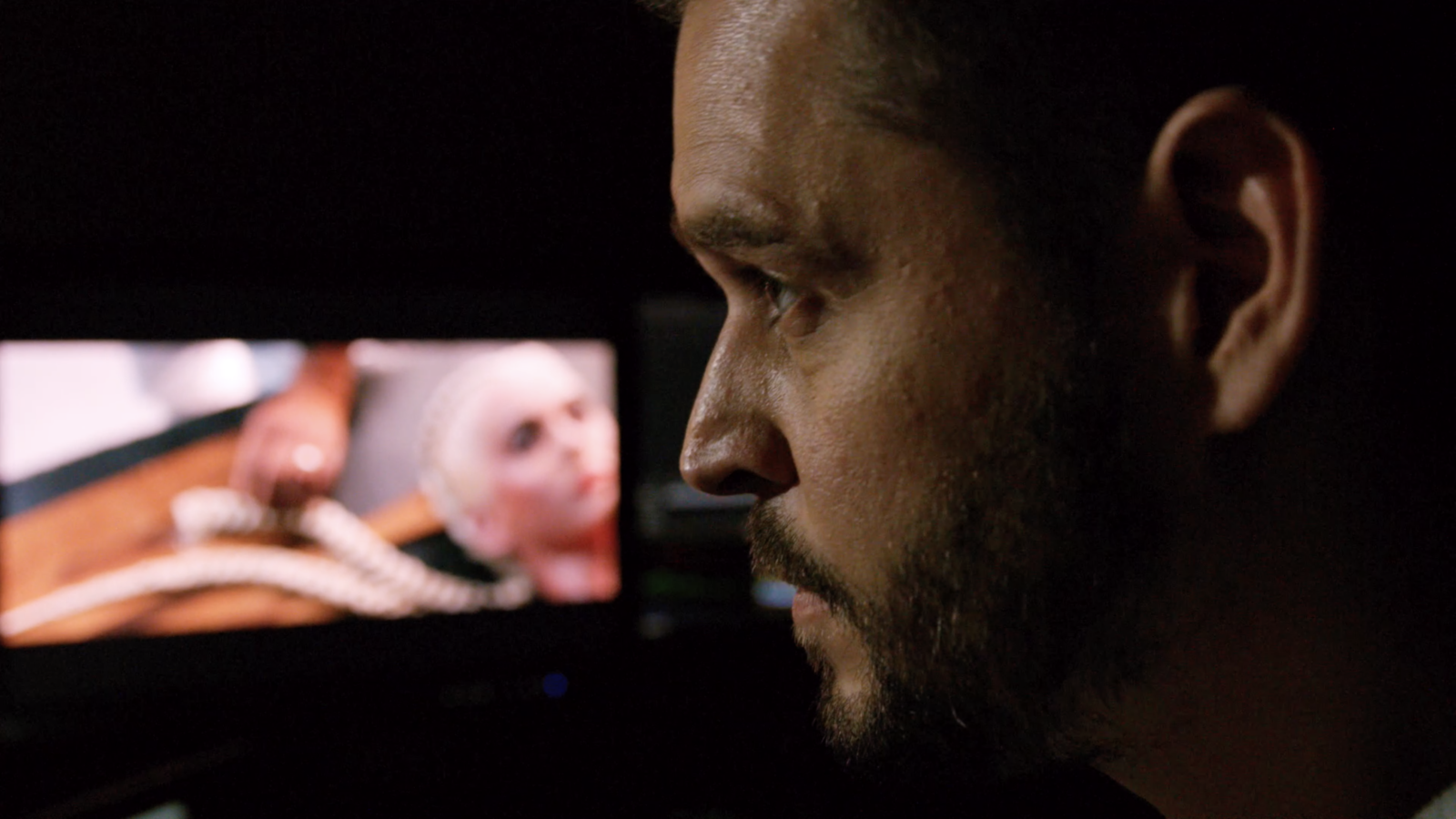 Loom’s first order of business is to serve as Caviar’s in-house post-production solution. Feature films, including The Rider and Diary of a Teenage Girl for Sony Pictures Classics are among the long-form projects they’ve completed. But they also work with outside production companies, as well. Ambitious music videos, such as Alan Yang’s Friends-inspired piece for Jay Z’s “Moonlight,” and the Dent De Cuir-directed “Bon Appetit” for Katy Perry are recent examples.

Loom has produced high-profile content for artists like Katie Perry and Jay-Z, and commercial clients including United Airlines and Starbucks.

But perhaps one of the largest segments of Caviar + Loom’s day-to-day work is in the commercial sector. While we were there, they showed us one of their recent spots for Starbucks, through agency 72 and Sunny. 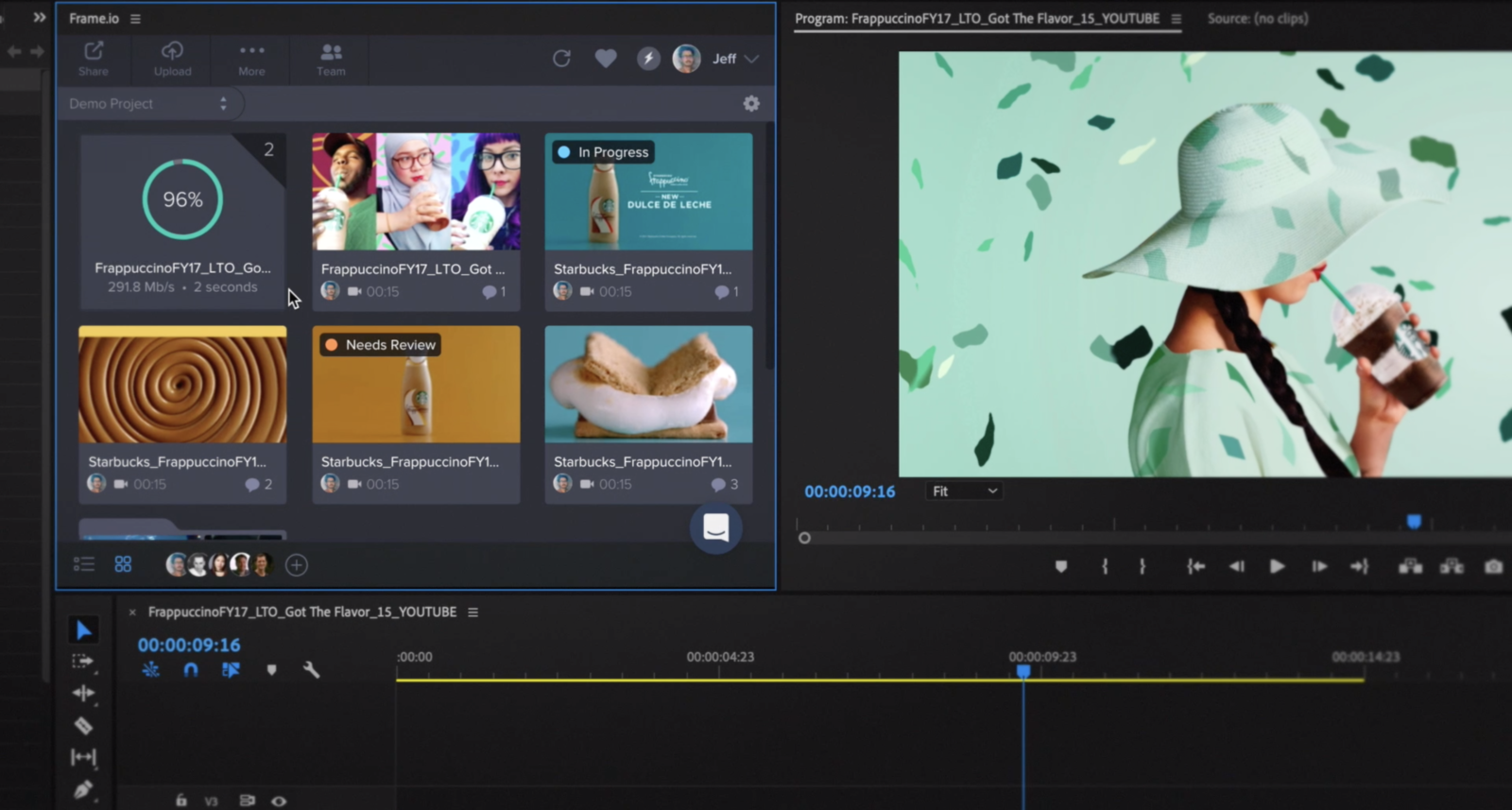 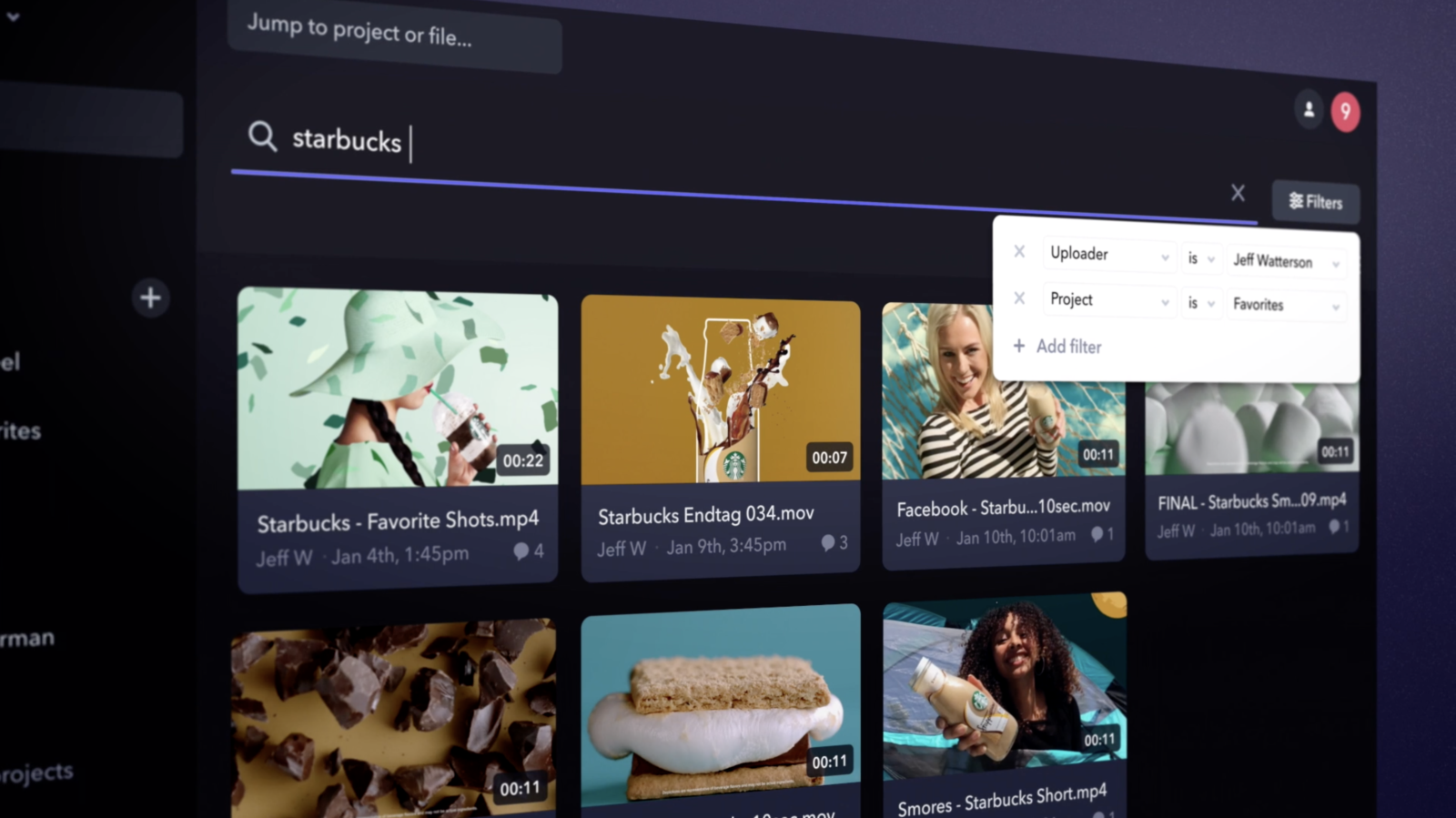 Editor Jeff Watterson recalls first using Frame.io. “It was immediately intuitive,” he says. “I understood how to use it, how it would be beneficial to Loom. There’s no reason for miscommunication anymore—I can quickly get material to the client for approvals, and the biggest compliment our clients give us is that Frame.io is always consistent, reliable, and intuitive.” 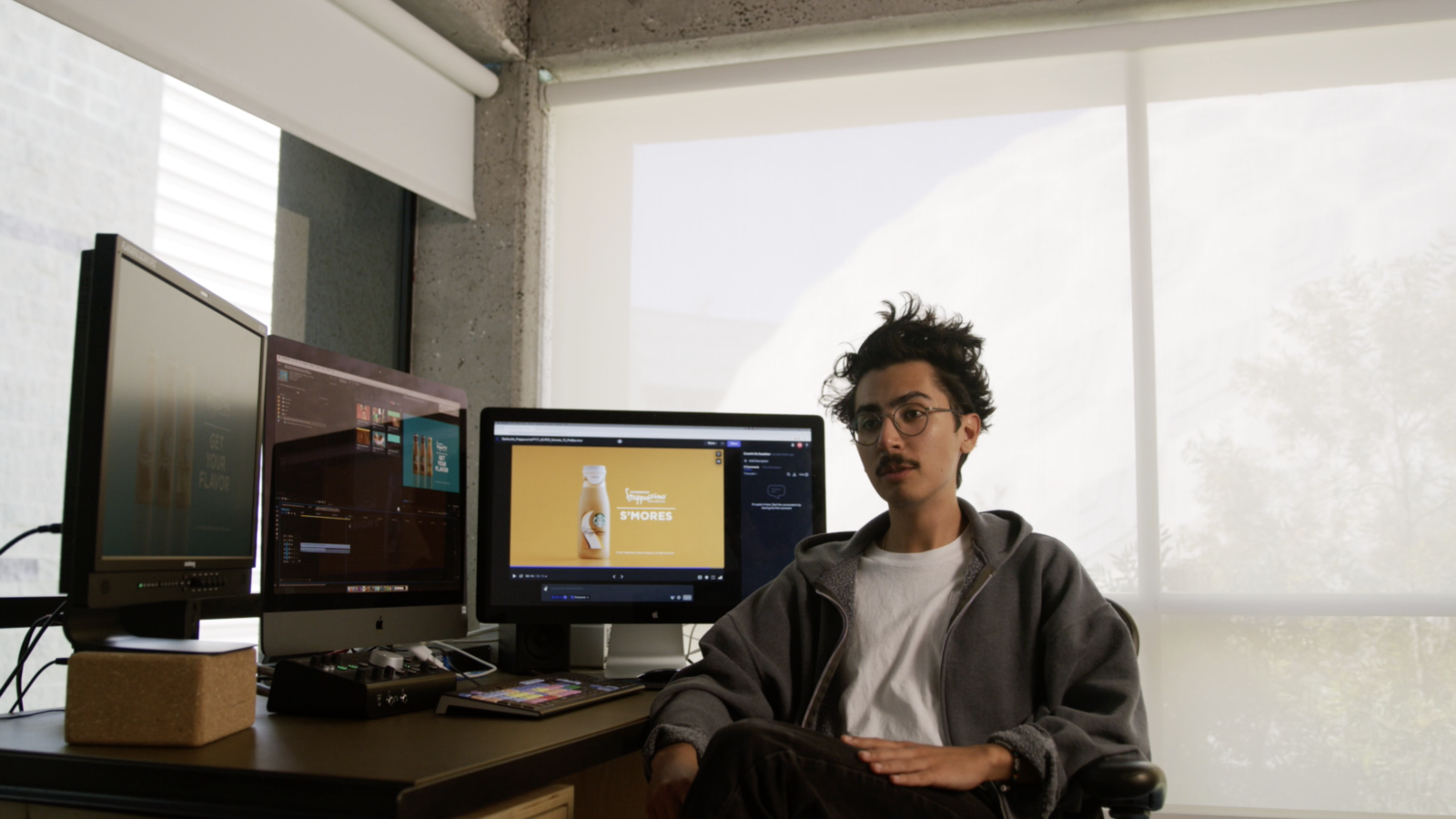 Working with some of the biggest agencies in the world, from Leo Burnett to BBDO to Saatchi & Saatchi, revisions are a fact of life, and when you’re dealing with up to five rounds of revisions, keeping all the comments in one place and all the versions in order is essential—especially when the directors or clients are in another location or already off on another project.

There’s no better example to illustrate the importance for organization and communication than on the large-scale campaigns, which add an exponential level of complexity.

Recently, Loom worked on a 19-video package for United Airlines through McGarryBowen. 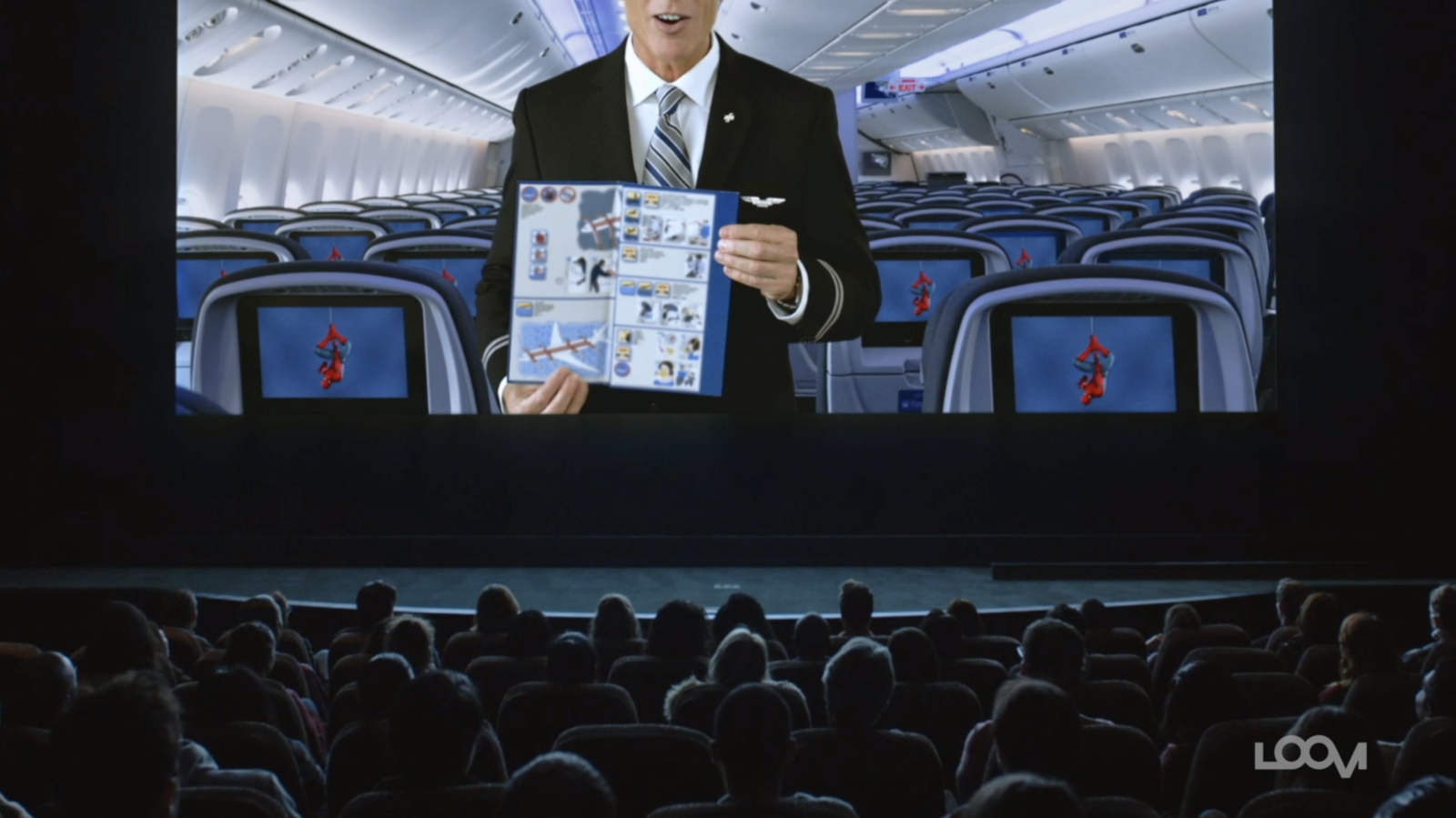 A tie-in with Spiderman: Far From Home, the package was designed to provide an entertaining look at the safety features for their fleet, which had to be customized for different seats, seatbelts, and protocols. Not only were there lots of versions to deal with, there were also several key stakeholders from whom they needed approvals, including the FAA.

Executive Post-Production Producer Terry Huynh relied heavily on Frame.io to keep the project on track. “Everything had to get cleared with the agency, the client, and the FAA. Frame.io helped us keep everything clear and orderly.” 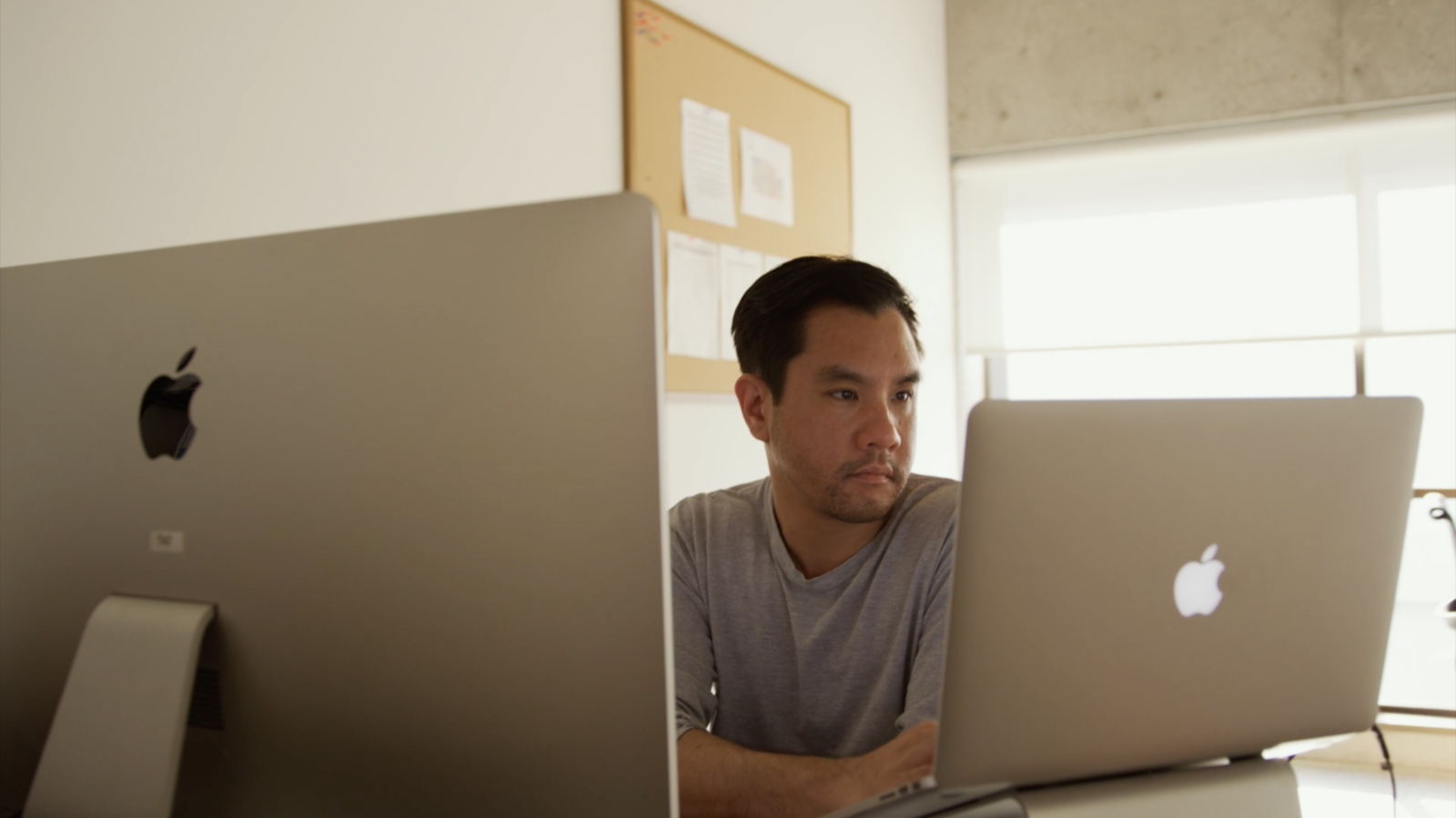 With feedback coming from so many different sources, Terry further appreciated being able to organize all the comments for the project editor. “I was able to consolidate all the notes from the agency, client, and director and give it to the editor—and even to outside color grading or audio houses, when necessary.” 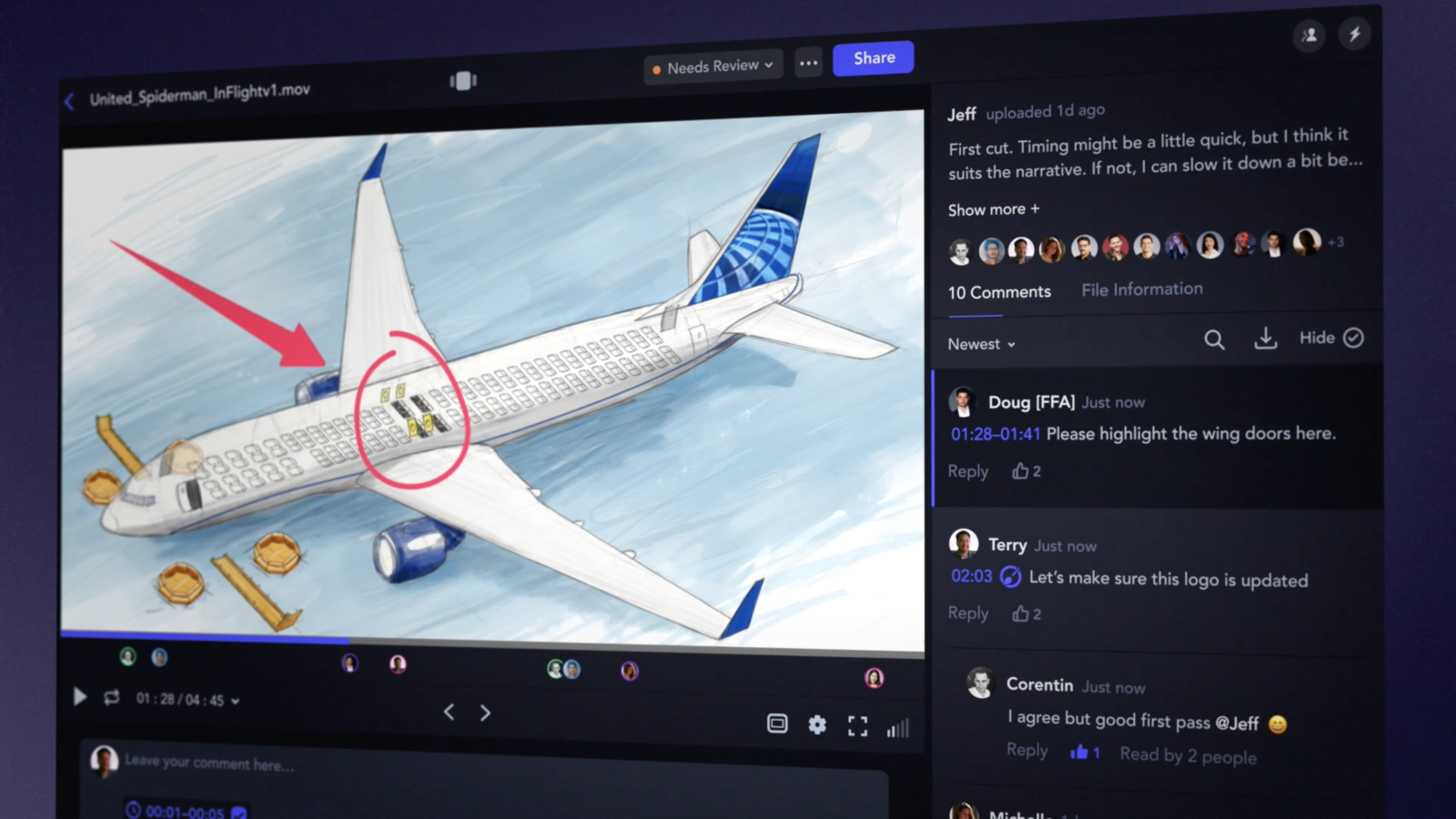 Loom was able to get critical FAA feedback and approval right inside Frame.io for their United Airlines safety videos.

Not that Loom ever had any doubts about how Frame.io would integrate into their workflow, but a project of that scale was a total proof of concept for Terry. “Working with Frame.io on this project definitely is the model on which our future workflow is based.”

Corentin agrees. “We used to use another collaboration tool before Frame.io, but since switching to Frame.io we’ve seen an improvement in the speed and communication with our clients.”

And both Corentin and Jeff concur that the new range-based comments available in Frame.io v3.5 is an enormously helpful feature. “It takes out the ambiguity when I’m working across a scene,” Jeff says. “As soon as I saw it,” Corentin adds, “I said, ‘I need this!’” 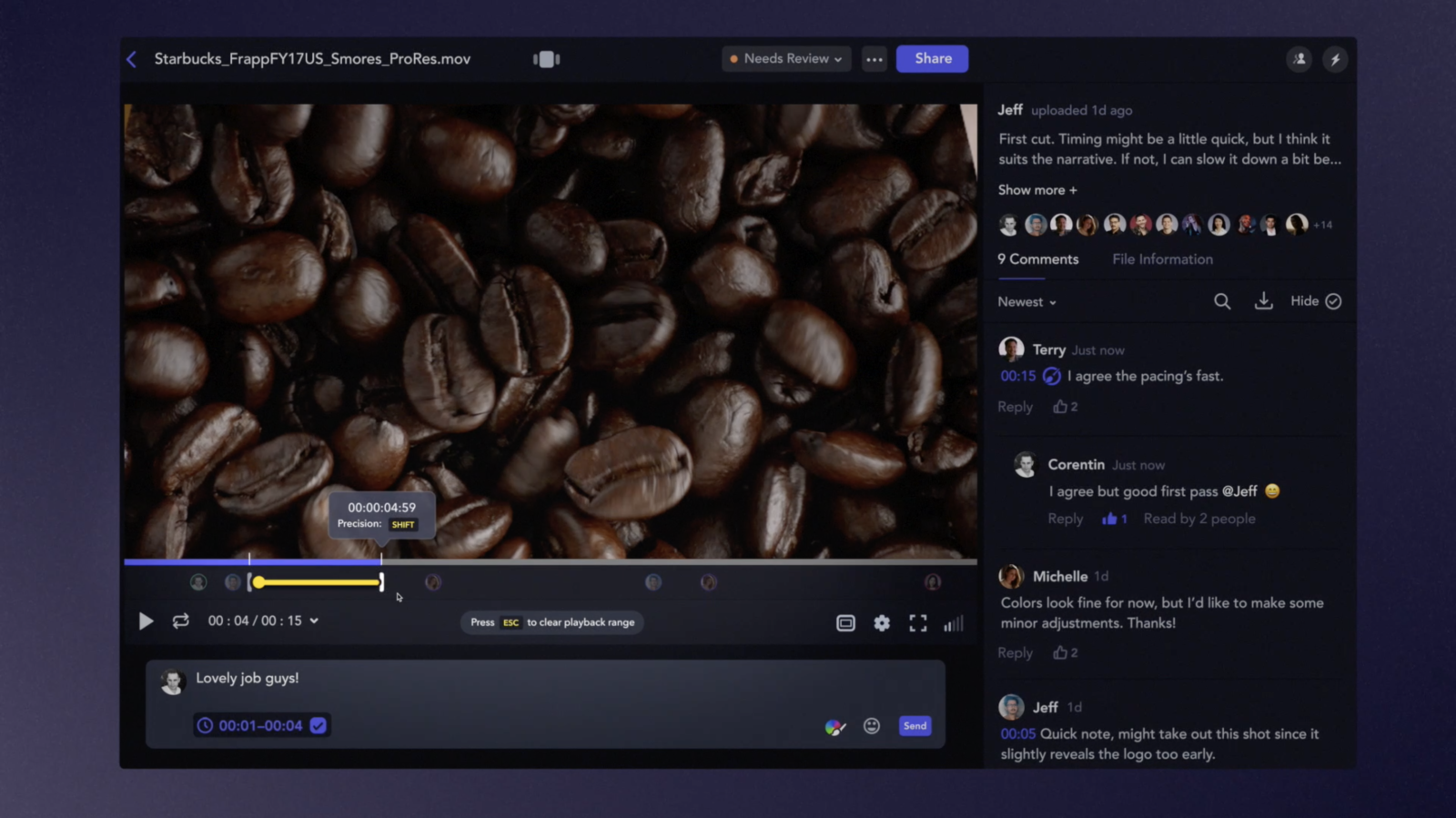 This is exactly the kind of feedback we love getting from our customers, and we hope that by sharing their story you’ll see how Frame.io can help you boost your workflow—whether you’re at a production house, an agency, or working in the many facets of post-production.

How BLOCK & TACKLE created the graphics package for ESPN’s SneakerCenter